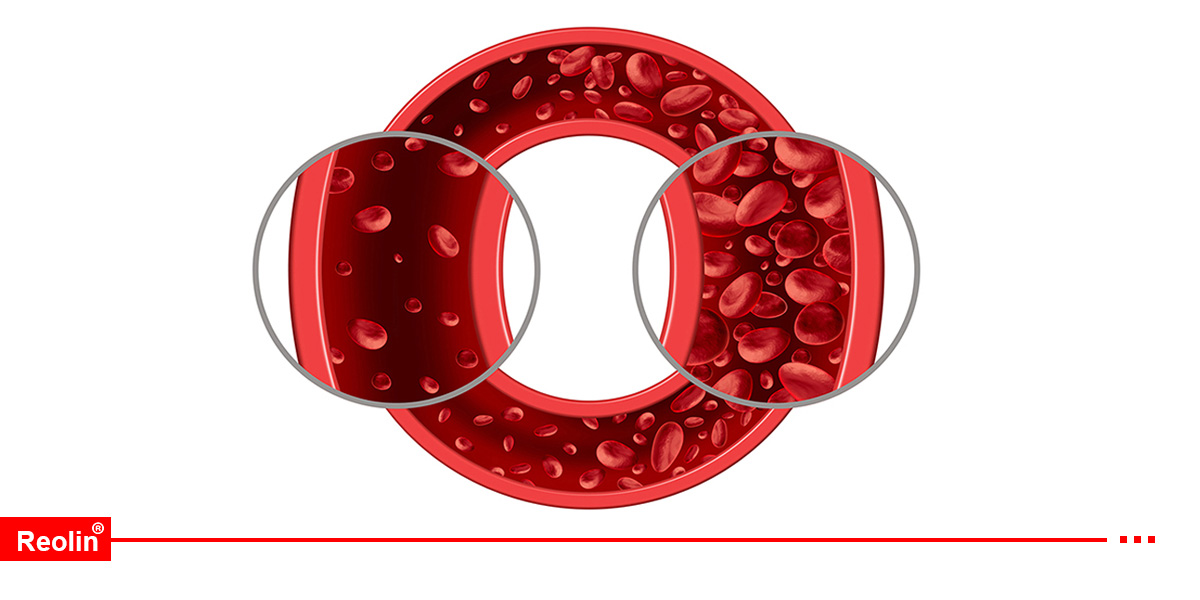 Let’s talk about Anemia treatment. Anemia is a condition in which, red blood cells (RBC) or hemoglobin is lower than the normal limit. Iron deficiency is the most common type of anemia. Iron deficiency anemia gradually occurs following intake or absorption insufficiency or increase in the excretion of iron and decrease in the body iron stores (Ferritin).
This disease has various etiologies in which iron nutritional insufficiency (intake insufficiency) is one of the most important. In addition, some gastrointestinal (GI) system diseases such as celiac and gastric acid deficiency could decrease iron intake.
Loss or excretion of iron because of different causes like menstruation or bleeding (in traumas or continuous loss such as fecal occult blood) are also important etiologies. Intake deficiency and increase in iron excretion are two important causes of iron deficiency in women. The high demand of women and girls for erythropoiesis along with low nutritional intake of rich sources of iron like meat predispose the iron deficiency anemia. Heavy menstruation bleeding aggravates the body’s iron state and iron deficiency anemia occurs over time.

If iron deficiency anemia is diagnosed, it is treated by two following methods.

Different approaches are taken according to the cause of anemia. Oral iron supplements, venous iron injection, using hormonal medications, solving digestive issues, preventing heavy menstruation bleeding, and so forth are some of these approaches.

Various types of meat (red or white) and internal organs of livestock such as liver, heart, kidney, and so on.
Dried fruits.
Legumes, especially beans.
Nuts such as walnuts, hazelnuts, pistachios, and so forth.
Vegetables with dark green leaves such as beet leaves, parsley, broccoli, and so forth.
Bread baked from iron-fortified flour (nowadays, most of the consumed flour in Iran is fortified).

It is recommended to consume iron supplements (Anemia treatment) to prevent this disease in cases that are not possible to continuously consume foods containing iron. However, physicians or nutritional specialists determine whether there is a need for iron supplements or not. In addition, the survey of the amount of excreted blood during menstruation and solving probable causes is the next important step.

Use vitamin sources like citrus, bell peppers, tomatoes, cabbages, and so on along with iron-rich foods. Consuming animal foods along with plant foods will improve absorption of the plant’s iron.
Postpone the consumption of tea, coffee, caffeinated drinks such as soft drinks, and diaries for up to one hour after a meal.
Red blood cells production needs other substances such as folic acid and vitamin B12 in addition to iron. Folic acid is found mostly in fresh fruits and vegetables, and vitamin B12 is found in meat and animal products. Therefore, consider using sources of these two vitamins in your food diet.

Reolin (Anemia treatment) is a special iron product, produced according to molecular engineering by Alltone Company, England. Having the most bioavailability and fewer side effects are some of the unique features of this product. The intoxication dose of this product is much higher than the other iron products. Therefore, it is one of the safest iron supplements for pregnant women. Of other benefits of this product, we can mention that the patient does not sense the metallic taste of the supplement in his/her mouth, and his/her daily needs are met with lower dosages than other supplements.This iron supplement has lower interference with foods and its absorbed proportion is much higher than the other supplements. Reolin is the only iron supplement whose all ingredients are GRAS approved.

News & events
Any questions? Contact us!
Go to Top